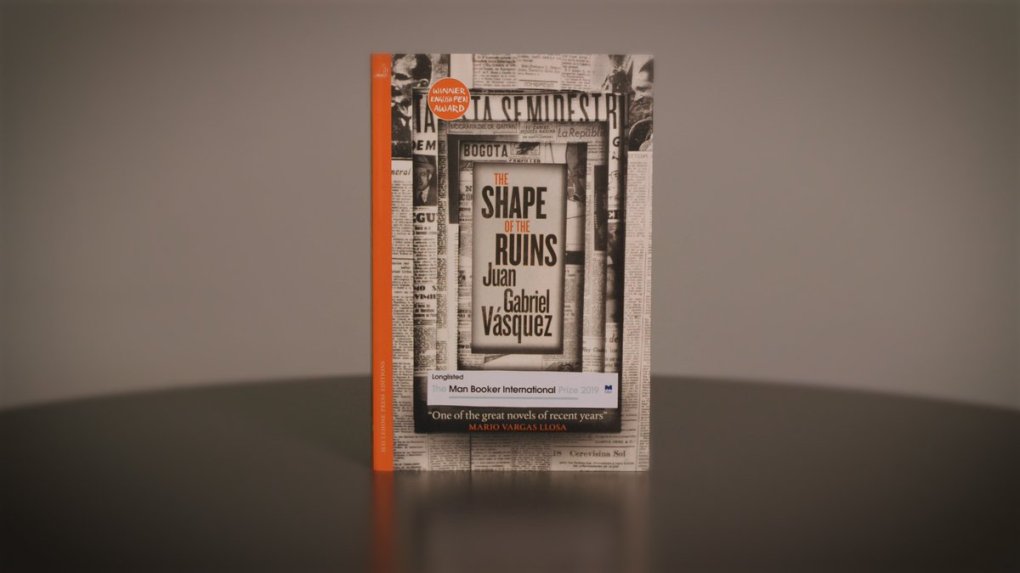 Vasquez’s epic novel was shortlisted for this year’s Man Booker International Prize and the Book and Brew book club officially shadow judged it for The Reading Agency. Here’s what I thought of the book.

What’s it all about?

It takes the form of personal and formal investigations into two political assassinations – the murders of Rafael Uribe Uribe in 1914, the man who inspired García Márquez’s General Buendia in One Hundred Years of Solitude, and of the charismatic Jorge Eliécer Gaitán, the man who might have been Colombia’s J.F.K., gunned down on the brink of success in the presidential elections of 1948. Separated by more than 30 years, the two murders at first appear unconnected, but as the novel progresses Vásquez reveals how between them they contain the seeds of the violence that has bedevilled Colombia ever since. The Shape of the Ruins is Vásquez’s most ambitious, challenging and rewarding novel to date.

What’s good about it?

The strength of this novel lies in its championing of the power of literature. Vasquez presents a world where literature is a noble pursuit whose purpose is to articulate the values and sensibilities of the time. Writers in the novel have a duty to investigate and unravel truth and share that with their country in order to clarify its sense of national identity.

If that sounds heavy, it is. This book is not a lightweight thriller; it’s a deep, detailed trawl through historic documents and conspiracy theories to get to the truth of two murders that have defined Colombia’s identity for decades.

The passion Vasquez has for his country and for his craft is evident and this book will surely convince you that literature has a major role in shaping the consciousness of nations.

What’s not so good about it?

Unfortunately, there is more to say in this section of my review.

This book is hard. Not because it reaches 500 pages or tackles a troubling subject; because it is densely written and swamped in the minutiae of archived documents, newspaper articles, autopsy reports and conspiracy theories. These details failed to drive the plot forward or engage my attention, instead making the already lengthy sections (they’re much longer than chapters) plod rather than canter at the pace I’d expect from this type of novel.

I wondered at times whether Vasquez’s overly complex style was deliberate. On page 387, for example, he described reading another book as:

There was everything that repelled me: the pomposity, the grandiloquence, the affected plural Colombians adore and I detest more than the worst vices of the human species.

Carballo, the man who provided the book and is working with Vasquez to investigate the two murders, claims the book must be read four or five times to be understood and appreciated. At this point, I thought Vasquez was either oblivious to the pomposity he’d created or was sniggering behind his pen at the in-joke he’d produced. I’m still undecided.

I really struggled to get through this book and cared little about the outcome because it was so arduous to gather the scattered details of the plot that would allow me to reach the conclusion.

The Shape of the Ruins has been lauded in prizes and prestigious nominations so it’s clearly found its audience. But, I’m afraid I’m not it.

Thanks to The Reading Agency for choosing Book and Brew to shadow judge this book and for our review copies. The Shape of the Ruins is available now from Maclehose Press.